The use of mRNA as vaccines and drugs to prevent, diagnose and treat certain diseases is gradually becoming the focus of pharmaceutical companies. mRNA-based therapy, in short, is to introduce chemically modified mRNA molecules into the cytoplasm, and use the nucleotides in the cytoplasm for transcription and expression to produce the proteins needed by the body.

The mRNA vaccine uses the target/antigen to encode mRNA, and allows cells to take up and express the encoded antigen through a specific delivery system, thereby causing humoral and cell-mediated immune responses. After vaccination, the mRNA vaccine encoding the spike protein of the new coronavirus encapsulated in lipid nanoparticles enters the cell and synthesizes the protein in the ribosome. The protein is either broken down into smaller fragments (polypeptides) by the cellular proteasome, or transported to the outside of the cell through the Golgi apparatus. The antigen polypeptide fragments enzymatically digested in the cell form a complex with the major histocompatibility complex (MHC) class I protein, which expresses the antigen on the surface of the presenting cell and is recognized by CD8+ T cells to induce cell-mediated immunity (Fig.1 left side). On the other hand, the extracellular spike protein can be swallowed, pinocytosed and broken down into smaller polypeptide fragments by different immune cells, forming complexes with MHC class II proteins, expressing antigens on the surface of presenting cells, and being CD4+ T cells recognize and promote B cells to produce antigen-specific antibodies. (Fig.1 right side) 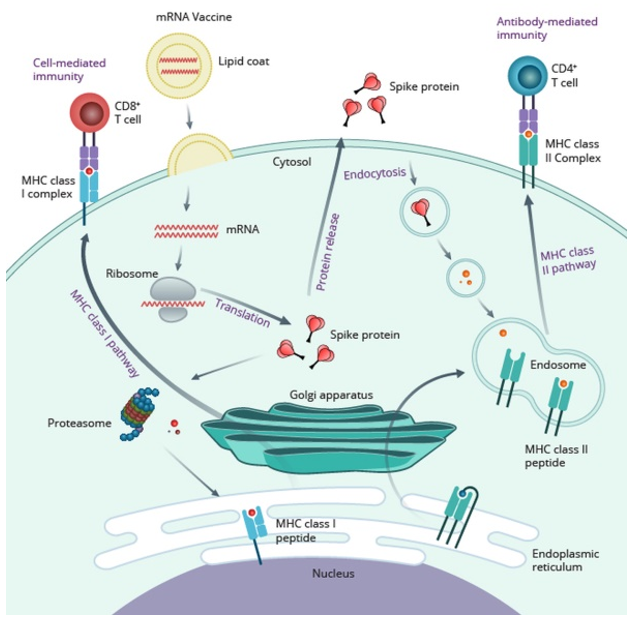 How mRNA is constructed 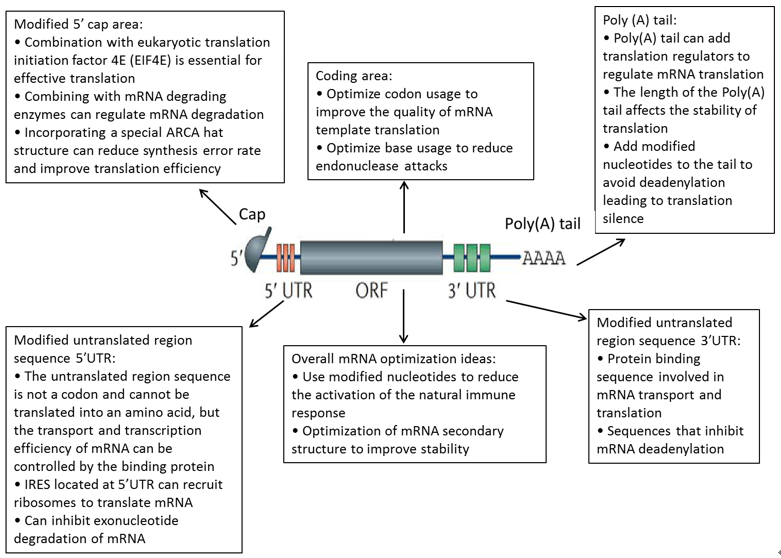 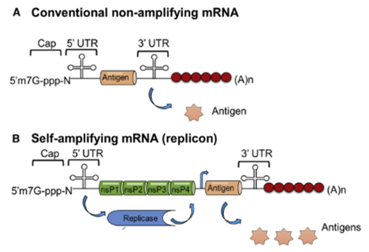 How to enhance mRNA stability

Regarding the characteristics of mRNA not being stable enough and having a short half-life, researchers have also found a variety of methods to enhance the stability of mRNA and prolong the half-life. For example: