siRNA, as the most used RNAi tool to induce short-term gene silencing in mammals, now is showing a big therapy potential. 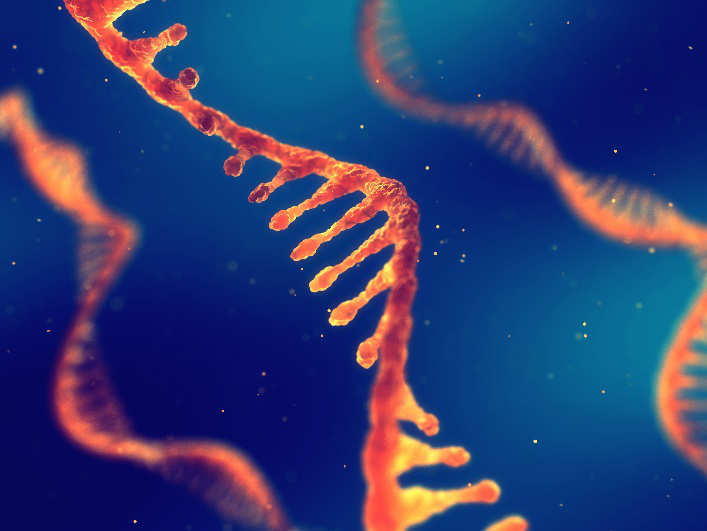 Small interfering RNA (siRNA), sometimes called short interfering RNA or silencing RNA, is a type of double-stranded non-coding RNA molecule, usually 20-27 base pairs in length. siRNA can specifically target specific mRNA for degradation and prevent translation, thereby interfering with the expression of specific genes with complementary nucleotide sequences. siRNA can also be used to knock down non-protein-coding genes, such as long non-coding RNA (lncRNA). The use of siRNA can achieve transient silencing in a variety of cell lines, and the experiments are usually limited to a short time range of about 2-4 days.

Search for siRNA products and services

How does siRNA work?

Ultrapure siRNA molecules with defined sequences usually synthesized by automated solid-phase synthesis employing 2′-hydroxyl protecting groups. This method can provide highly pure, stable, and modified siRNA. After the duplex siRNA that enters the cell is combined with RISC, it is unwound and the sense strand is cut with an endonuclease. Then, the remaining antisense strand-RISC complex binds to the target mRNA, causing it to be cleaved and degraded, thereby triggering gene silencing. 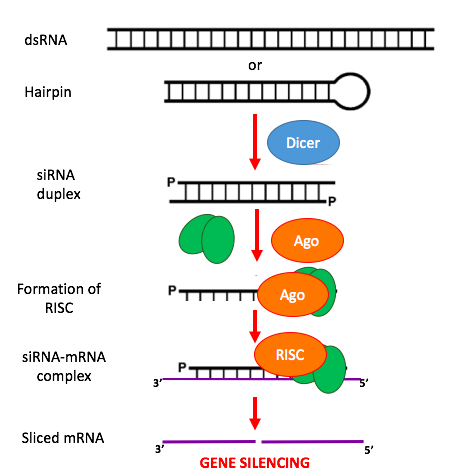 siRNA is widely used to assess the individual contribution of genes to various cell phenotypes, including cell division, apoptosis, signal transduction, and cell differentiation. siRNA screening has been used to identify new pathways and has a major impact on validating targets for many cellular processes and diseases, including cancer, HIV infection, and hepatitis.

In view of the great potential of siRNA to target any gene for therapeutic intervention, more and more scientists are evaluating the role of siRNA as a therapeutic agent. Currently, FDA has approved two siRNA drugs (Onpattro and Givlaari).

How is siRNA delivered to a cell?

Due to the negative charge, siRNA must be transfected by cationic lipids, polymer-based transfection reagents, electroporation, or chemical modification on the duplex to help cells absorb and transfect.